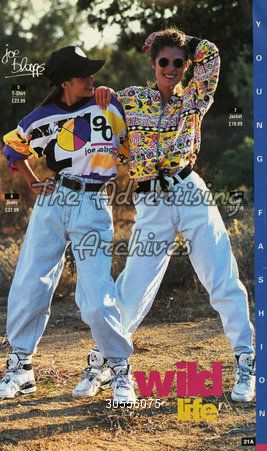 A British fashion designer who made a mark on the 1980s fashion industry, Vivienne Westwood was born in a small village in Derbyshire, England. Her parents were cotton weavers and factory workers. As a teenager, she moved to London and began studying to become a primary school teacher. Her first marriage ended in divorce and she went on to meet and marry her second husband, an art student named Malcolm McLaren. Malcolm gave Vivienne the chance to explore her natural flair for dressmaking.

Westwood continued to experiment with layering and mixed textures in her designs. Throughout her career, she has used her clothing to challenge the status quo. In the 2000s, she was particularly active in campaigning against climate change. One of her most influential collections, Buffalo Girls/Nostalgia of Mud, combined her passion for the natural world with a modern aesthetic. Several elements of the collection were influenced by ancient cultures, including a mix of tartan and furs.

While creating her iconic fashion collections, Westwood was also involved in activism, promoting environmental issues and utilizing recycled materials. Her clothing was also used to protest the extradition of Julian Assange. Despite her controversy, Vivienne Westwood will be remembered for her contribution to British design.

The layered look was also popular among women in the 1980s. The layered look was particularly popular among young women. Women were seen posing in matching baseball jackets over skintight catsuits, accessorised with gold chains and African tribal hats. Another popular style was the batwing sleeve or off-the-shoulder knit sweater worn over large men’s dress shirts. Handknits were also popular, worn in cosy layers. Vivienne Westwood introduced the layered look into haute couture with her 1983 Buffalo Girls collection. This collection was far removed from the punk fashion she had previously created.

The layered look in the 1980s fashion era is an example of the artist’s ability to challenge and shock audiences. Westwood aimed to subvert traditional ideas about femininity and feminism. She layered layers of garments, contrasting the sexy look with the witty aesthetics of the New Romantics.

During the 1980s, Joan Collins became the poster girl for power dressing, with her boxy shapes, killer lapels, and peplum blazers. Princess Diana was another fashion icon of the time, wearing a beautiful velvet burgundy gown, complete with major shoulder pads and beautiful feminine lines.

In the late 1980s, power suits became more feminine. Yves Saint Laurent’s ‘Le Smoking’ Suit was an example of this trend. As women became more prevalent in the corporate workplace, they no longer had to hide behind their masculine power suits; they could show their femininity without sacrificing their authority.

The power suit was first popularized by Joan Collins’ character in the 1980s film Working Girl. In the film, women wore these suits to command respect. Power suits soon became a symbol of feminism and the feminist movement. The power suit was considered an iconic 1980s fashion item and has since resurfaced as a sexy style for women.

The 1980s power suit was an excellent example of how society shaped the fashion world. Women were increasingly visible and powerful in the workplace, and these suits were popular among the general public. Various factors, including the rise of pop culture and the emergence of female celebrities, contributed to the power suit’s rise.

Women’s power suits were especially popular during the 1980s. The power suit was one of the most influential fashion movements of the decade. Giorgio Armani, among others, revolutionized women’s fashion with a tailored suit, which incorporated the masculine traits of men’s clothing.

LL Cool J is a multi-million selling rapper who is also an accomplished actor. Although his style has changed over the years, he remains a favorite among hip-hop fans. His flamboyant outfits of the 1980s are a blast from the past and are sure to make you smile.

LL Cool J’s early career coincided with the popularity of American fashion, and his outfits often showcased American brands. Brands like Tommy Hilfiger, Calvin Klein, and FILA were extremely popular, and LL Cool J often wore pieces from these companies. During the 80s, the hip-hop subculture had a craze for skin-tight spandex and oversized silhouettes.

Aside from music, LL Cool J has appeared in a number of films. In addition to his involvement with the rap world, he has starred in many films, including the critically acclaimed 1999 movie Deep Blue Sea. He also played an underworld boss in the film In Too Deep. Besides acting, LL Cool J also starred in Any Given Sunday as Julian Washington, a member of the dysfunctional Miami Sharks.