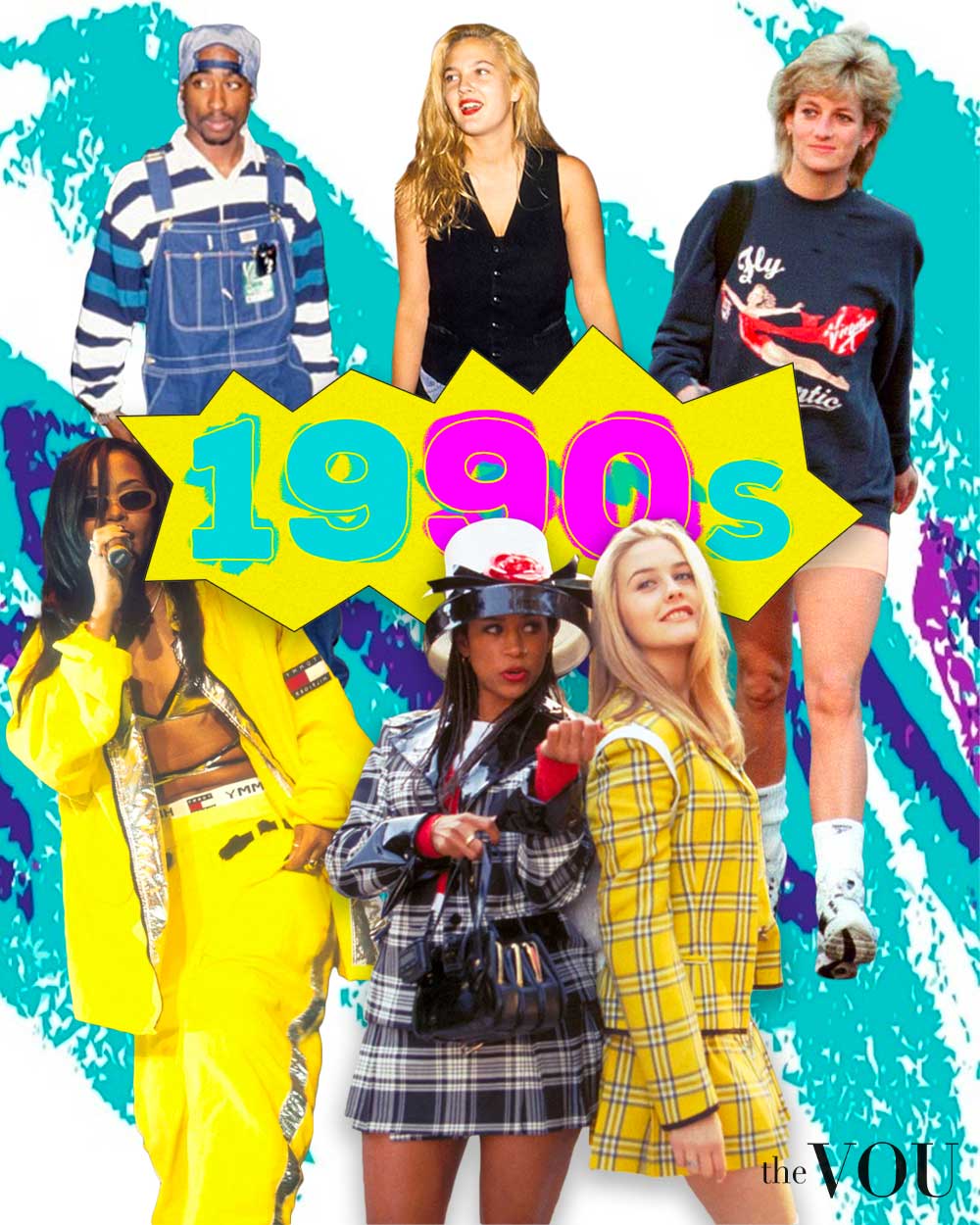 The 90s were a decade of style and innovation. There was grunge, minimalism, tracksuits and turtlenecks. Even today, you can still find pieces of 90s fashion that are timeless and relevant. Here are some of the most popular looks from the decade. Read on to find out more.

Grunge fashion is a style that combines rebellious attitude with casual attire. It represents being yourself and not caring what other people think. Grunge was the style of the 1990s. The 90s were filled with moshes and raves and a free spirit. The 90s were also a time when comfort came before fashion.

To get the grunge look, you need to know how to accessorize. Using accessories is a great way to add an interesting flair to any outfit. A well-placed necklace or an over-sized chunky pair of earrings can help you achieve the look without spending an arm and a leg. Another way to add the grunge look is to wear denim shorts with a crop top or flannel shirt.

The ’90s brought about some iconic trends. Firstly, the neon windbreakers, which were very popular with kids and parents, were a popular fashion statement. Another fashion trend that caught the attention of the fashion crowd was the ’90s striped sweaters. While they didn’t have a lot of accessories, they acted as easy accents to any outfit. Some models wore these accessories with gold hoop earrings. Another popular 90s fashion icon was Lauren Hill, a lead singer of a hip hop band.

Another fashion trend from the 90s is distressed jeans. Rag & Bone’s Ruth blue distressed straight leg jeans are a good example of this trend. These jeans have a tonality similar to acid wash jeans.

Minimalism was a key trend during the 1990s, a time when fashion was more concerned with “invisible luxury” than conspicuous consumption. Fashion designers like Jil Sander and Helmut Lang championed a simplistic aesthetic with an emphasis on functionality and comfort. Helmut Lang’s edgy, minimalist style was highly functional for women and perfectly captured the spirit of the time.

Accessories paired with simple silhouettes were also essential to 90s minimalism. The pieces were carefully chosen, adding subtle details to the look. Similarly, footwear from the era included loafers, kitten heels, and heeled black boots. The 90s ushered in capsule wardrobes and minimalist trends that continue to influence style today.

Minimalism is an enduring style that reaffirms the value of simplicity and neatness. It is a design concept that has its roots in architecture and the arts. The movement gained momentum during the 1960s, and became a guide for many artists. It celebrated the purity of form, clean lines, and simple geometric shapes. It also encouraged designers to spend more time on products and show their talent.

Minimalism in 90s fashion was an entirely different look from the excesses of the 1980s. The style was characterized by clean lines and minimal colour palettes. It aimed to represent the uniform of the new generation of working women. Some of the pioneers of this look were Maison Martin Margiela, Jil Sander, and Helmut Lang.

90s fashion was synonymous with minimalism, but it also had a sporty edge. This era brought about many design trends that were years ahead of their time. The 90s saw the widespread adoption of body piercing and tattoos, but it was still very minimal compared to today’s fashion.

Turtlenecks are a classic fashion trend that came back in style during the 1990s. In the 1960s they were popularized by the beatnik movement. The beatnik look featured head-to-toe black garments and the turtleneck fit the bill perfectly. They were even popularized by Audrey Hepburn in the film Funny Face. The film inspired a lot of women to wear turtlenecks, which made them a popular fashion item for women everywhere.

Turtlenecks can be worn alone or under anything, and are the ultimate summer piece. They show just a tiny bit of stomach, which is a great feature for summer. You can also wear them under dresses and dungarees. And of course, they look great when paired with 90s mom jeans.

Turtlenecks were a mainstay of 90s fashion, and came in different styles. Some were extra-thick to make them more cozy, while others were close-cut. They were popular in hotter countries and were adopted by drug dealers in South America. They even made their way to Holywood!

Turtlenecks are a classic wardrobe staple, and they are a great way to mix and match. You can layer a turtleneck over a pair of pants or a pair of high-waisted pants. Whatever you choose, the key to getting the look right is to balance the color scheme.

The 90’s fashion scene saw the popularity of Doc Martens rise. Originally made in the UK, the shoes became a symbol of British youth culture. The boots were popular with men and women alike. Their high quality and low cost made them an affordable option for every generation. They quickly became a fashion staple, and the brand’s popularity continued to grow, especially with US hardcore musicians.

90s fashion was also marked by the message of peace. The popular 90s group Nirvana played a role in shaping the decade’s fashion, and their music was influential. The opening of the Mall of America in 1992 further contributed to 90s fashion, as malls became a major fashion hub.

Whether you’re looking to wear a blazer and denim mini dress, or a pair of classic combat boots, Dr. Martens can match almost any look. From a casual, office-appropriate outfit to a fancy one, there’s a style for you!