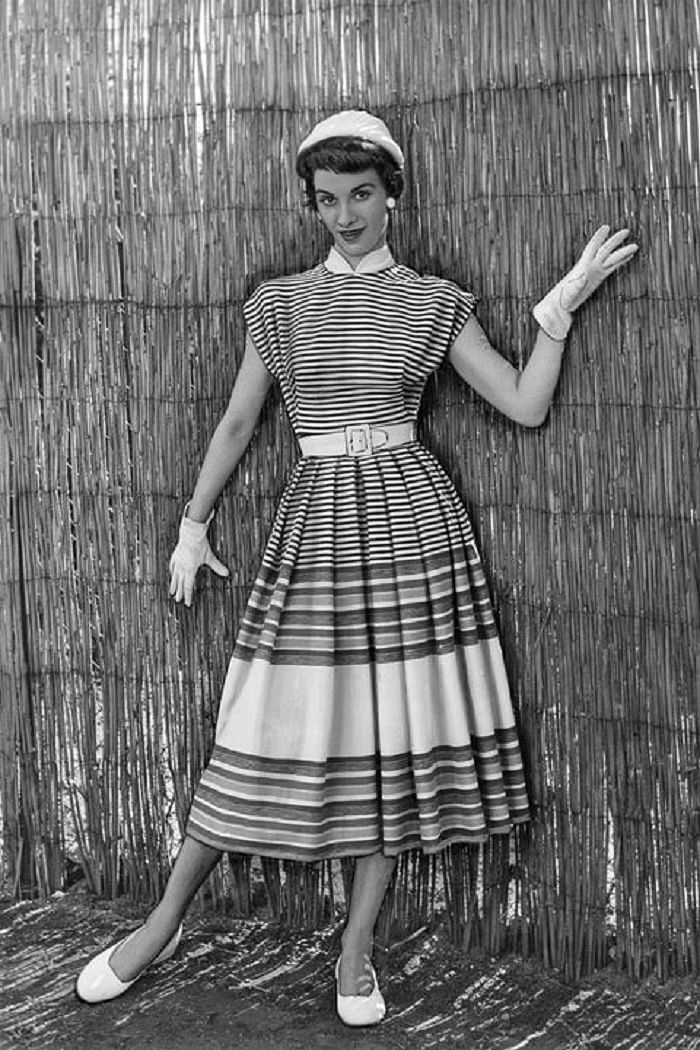 If you’re interested in 50s fashion, you’ve come to the right place. The following article is a guide to 50s fashion, including its popular accessories and hats. You’ll also find details about gingham, skirts and suits. And if you’re not sure what to wear, you can start with the hats.

Men’s fashion from the 1950s has long been associated with the Fonz and Grease movies, but the decade brought a new way to dress men. The fuller suits of the era provided a more conservative approach to men’s fashion than their counterparts today. This more conservative approach was characterized by tailoring, fabric, and comfort, and remained popular until the early 2000s, when men started wearing tighter suits.

While men’s fashion is changing, the fashion of suits from the 50s still has plenty of fans. There are some great styles of suits available online. One place to start is 1stDibs, which offers a wide variety of styles. These suits are available in all colors and can even be from different eras. Several major designers of the 1950s produced popular styles of suits, including Burberry, Balmain, and Chanel.

Pants were also a staple of 50s fashion. Trousers were often fuller around the bust and featured a front or back pleat. British tailors tended to tailor them with pleats facing inward, while German tailors often sewed them facing outwards. Trousers also featured cuffs, which were 2.5 inches (6 cm) wide.

During the 1950s, accessories were often simple but distinct. Men wore a lot of shoes, especially brown ones with tassel ties on the vamp. For less formal occasions, men wore moccasin slip-on shoes or slippers. Accessories also included hats, which were small and often had a small detail.

Women were also very conscious of their accessories. They never left the house without a pair of gloves or a hat. Hats were generally small lamp-shade-style and wide-brimmed. Gloves were long in the evening and were often pushed down with bracelets. Scarves were often worn tied in the hair or in a ponytail. They also didn’t shy away from bold colours and wore wide belts to accentuate their small waist.

Many women continued to wear voluminous skirts, such as the swing dress. They were a great style for the era and were popular with women of all ages. In addition, makeup during the 1950s was very feminine and aimed to enhance the woman’s natural beauty. Women often wore black eyeliner in a wingtip and added color to their cheekbones.

Handbags were another important accessory in the ’50s. Handbags were small, dainty, and made for carrying items in an easy, compact fashion. Many ’50s handbags had side pockets and grip clasps to make it easier to keep track of gloves and other essentials. For longer trips, women tended to carry a larger bag, which they wore over their shoulder. Unlike today, few women in the 1950s owned a car, and a large bag was very practical for traveling.

During the 50s, gingham was a popular fabric. It was affordable and easily available. It is also a versatile fabric that can be mixed and matched. Gingham was especially popular in sundresses and dress sets. To dress it up, add a collar or buttons. The fabric was available in every color.

The fabric’s roots in patriotic and holiday style inspired its use in the 1950s. While many still associate gingham with the ’50s, it can be worn today as well. Singer Dua Lipa wore gingham on the red carpet, and Rihanna donned gingham in a bikini. Gingham looks great with over-the-knee boots and off-the-shoulder tops.

In the 1950s, the style was popular throughout Europe. Brigitte Bardot, a French actress, wore a wedding dress trimmed in white gingham. The look was so popular that gingham became a popular choice for bridal gowns. Other famous women who wore gingham dresses were Grace Kelly and Marilyn Monroe. In the 1960s, gingham became a favorite of many celebrities, including Madonna and Princess Diana.

The fabric’s long history goes way back to the 17th century. This fabric is made from yarn-dyed cotton in a plaid pattern. It is usually light weight and easy to sew. Its versatility makes it ideal for home decor and clothing.

Plaid is a classic look from the 1950s, which has been making its way back into fashion again. You’ll see the print on many vintage advertisements and photos from this period. It was a popular choice for both designers and consumers. Today, there are a variety of ways to wear this versatile print.

Plaid is a classic style, and it’s easy to recreate the look by wearing vintage plaid dresses and plaid tops. These retro-style clothing are great for any season, and can even be worn as casual clothes for the warmer months. ModCloth carries a variety of plaid dresses, ranging from plaid shirt mini-dresses to checkered dresses. The site also has an excellent selection of vintage plaid accessories and clothing.

One of the most popular types of plaid is the tartan. Tartans, or Scottish-style designs, date back to around three thousand years. They first originated as traveling cloaks, and then came into common use as a fashion statement. In later centuries, vegetable dyes were used to create a variety of colors in woolen fabrics. Over time, the color of a tartan became an indicator of clan or region.

When it comes to the style of capri pants, they’re a very versatile item of clothing. They can be worn both day and night, and their wide leg design is very flattering to many women. But when it comes to choosing the right pair, remember that proportions are key. You want your capri pants to be about the same length as your shirt. To achieve this, be sure to try them on with the hemline of your shirt. Generally, it’s not a good idea to split your body in half.

Capri pants were popularized in the 50s, and they became popular in the United States thanks to their inclusion in Hollywood movies. They also had a resurgence in the late 1990s. In the 1950s, they were popularized by Audrey Hepburn and were made famous by the GAP clothing company. In fact, one GAP advert showed Audrey Hepburn dancing in capris to the music of AC/DC.

Originally ankle length, Capri pants now come in different lengths. Some are just above the ankle, while others are longer. They are often made from stretch cotton, linen, and gabardine, making them an extremely versatile piece of clothing. These pants are also a good transitional piece from summer to fall.

The 1950s ushered in the modern bikini, which was made to fit curvy women. By the end of the decade, bikinis were mainstream fashion staples, adorning famous movie stars such as Brigitte Bardot on the French Riviera.