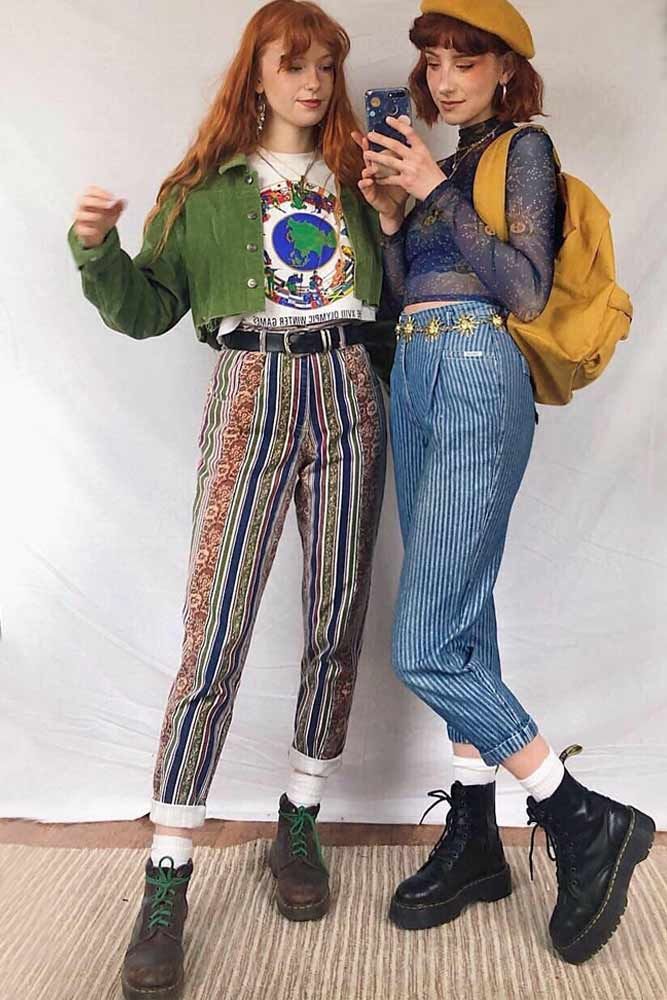 Fashion was an important aspect of life in the eighties. There were a number of styles that were popular during this decade, including t-shirts. The era was also influenced by political movements. A good example of this is Katharine Hamnett, who supported causes by wearing political slogans on her t-shirts. As time went on, large companies realized the power of T-shirts for advertising. This resulted in the creation of a variety of t-shirt designs, which included logos, printed letters, and plain colors. As a result, T-shirts became a staple of the eighties, often worn with leggings or jeans.

The 1980s saw a number of new trends that have continued into the present. One of these is neon. During the 1980s, neon clothing was extremely popular. Another was animal print clothing. Many celebrities, including Madonna, wore animal print clothing. In addition to the fashion that dominated the 1980s, there were a variety of other trends that came and went during this decade.

80s fashion was very distinctive, with unique silhouettes and styles. It was also the decade of the tailored look. It became the standard in working attire, which was largely dictated by the big garment companies. The 1980s were characterized by vibrant colors and patterns, with bright colors dominating the runway.

Animal prints were also popular in the 80s, with over-the-top animal prints appearing on handbags, sunglasses, and leggings. Harem pants, a precursor of dropped crotch pants, were also very popular. The 80s also saw the emergence of jams, which are knee-length shorts with Hawaiian-inspired prints. These became very popular among teenagers.

Another popular trend was the power-suit. The 80s power-suit featured padded shoulders and a skirt that was just above the knee. It was often worn with a denim jacket and layered socks.

The 80s were one of the defining eras of fashion, and the styles of the day reflected this. The era was influenced by hip-hop music and embodied the new romantic and the sportswear look. Clothing became more comfortable and bright colors ruled the day. The era also saw a number of influential fashion icons, including David Bowie, Blondie, Michael Jackson, Madonna, and Dapper Dan.

Another ’80s look that made a comeback was the off-the-shoulder top. Now popular on tops and dresses alike, this style is a definite statement. It’s a perfect choice for evening events and will make you stand out from the crowd. It also works well with a polka-dot scrunchie-scarf.

The 80s was also known for its fitness craze. Many companies began manufacturing sportswear, which soon became streetwear. Cheap plastic watches, such as the Swatch, were also popular in the era. These watches came in bold patterns and bright colors. Another fashion trend from this era is the big hair. During the ’80s, big hairstyles were extremely fashionable. Big hairstyles were often worn in an unruly bun.

The 1980s were full of fashion trends, including neon and big, bold colors. The trend included heavy makeup, big hair, and big clothing. Popular music and TV shows inspired the look, as well. These fashions had a high price tag – some of the top designer labels marked up their clothes to a premium. The decade saw a wide range of fashion styles, from legwarmers and spandex tights to fringe jackets and leather jackets.

80s fashion was popular among men and women alike. Men, in particular, prioritized their appearance. They were called yuppies, which is an acronym for “young urban professional.” Bright colors and patterns were the rule, and comfort was often sacrificed for style. As a result, the fashions of the 1980s were often categorized as comfortable yet edgy.

Brands of the era included Guess and Jordache. Both brands had distinctive designs, and were popular during the 80s. Guess was founded in 1981 by a French citizen named Georges Marciano. He and his brothers began selling unisex jeans in France and Italy, where they later expanded internationally. Their signature red triangle patch made them a popular choice. Their jeans quickly became ubiquitous during the 80s blue jeans craze.

Another 80s fashion brand was Jacqueline Smith. It sold stylish, classy clothing, and had a wide range of accessories. These clothes included hats and chic accessories.

During the 80s, fashion became more important than ever, especially for men. The yuppie trend was very popular, and men began to pay more attention to their looks. Men began wearing makeup, and 80s men’s clothes often featured bright patterns and colors. Though men were less likely to be seen with outrageous outfits than women, the yuppies’ fashion still made a statement.

The decade was also marked by the emergence of hip-hop music. This music was a major influence on 80s fashion. Rappers such as Run DMC and Salt n Pepa made a lasting impact on the culture. During this time, a variety of clothes based on hip-hop music were popular, including fishnet shirts and high-top sneakers without laces. Moreover, slogan t-shirts became increasingly popular, and companies like Nike, Adidas, and Guess also adopted the trend.

Besides celebrities, television shows also played a significant role in fashion in the 1980s. The rise of cable television made these media more accessible. By the end of the decade, 70% of Americans had access to cable television. This allowed popular TV shows such as Dallas and Dynasty to influence trends in fashion even more.

MTV was another major influence on 80s fashion. Introduced in 1981, MTV made it possible for youths to be more exposed and accessible to their idols. It gave them an outlet to express their individuality and express their personal style.

Athleisure is a combination of sports and leisurewear. The key component of athleisure clothing is comfort. Designed to allow you to stay active and still look fashionable, athleisure is a perfect fit for today’s modern wardrobe. While the 80s were known for their athletic clothing, athleisure today is an entirely new breed of style.

The style of the 1980s was defined by bold colors and styles. Tracksuits were extremely popular in the 1970s, and the 80s saw many designers incorporate neon colors and prints into their athletic apparel. In fact, many of the ’80s sportswear trends have been continuing to influence today’s fashion.

The 80s also brought about the emergence of high quality workout clothing. A high quality tracksuit and chunky sneakers were popular items of clothing. Another popular 80s style was the flamboyant Hawaiian shirt. Flamboyant shorts, a high-top trainer, and stylish sunglasses all complemented the look.

Today’s athleisure clothes are much better than in the 1980s. Better fabrics and technology have enabled designers to make athleisure clothing much more comfortable and stylish. Many of the new designs feature fabric that responds to body temperature. As a result, athleisure has become the perfect attire for working out.

The 80s were a decade of huge hairstyles, big hair-dos, and permanent waves. Hairstyles of the era included the mullet, mohawk hairstyles, and jheri curls. Long, puffed-up styles and softer cuts were also popular.

A layered bob with lots of curls added bounce and shape. A scrunchie was a popular accessory. You could wear it with a high ponytail or get a perm. You could also update the look with ombre hair coloring. For instance, a blonde could get a brown ombre.

To achieve the look, you should first purchase the right styling products. The hairstyles of the ’80s are all about body and volume. Choosing a styling product that helps you create volume from the roots is crucial. Make sure not to backcomb, as this can cause damage. Using high-hold products is also helpful. You can also spray your hairspray for a final touch.

High ponytails were popular back in the ’80s. They were particularly cute when worn with bangs. You could also go super high with a flowing fringe. Another signature look of the ’80s was the ‘feathered layers’ look, which featured a center part and curled layers.

If you have long hair, consider trying the feathered style. This hairstyle was all the rage during the punk movement, and its unique shape and color reflected the mood of the period. Those with angular faces and long hair tended to look best with this style.