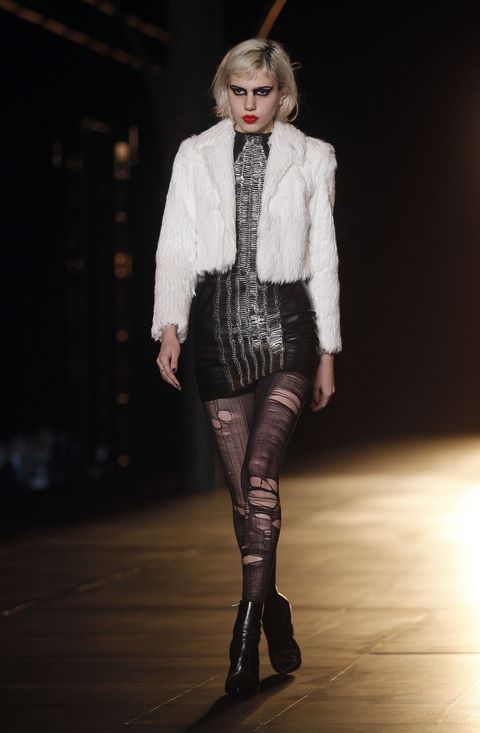 90s grunge fashion is a popular style that was popular during the ’90s. It was characterized by ripped jeans, fishnet tights, and denim jackets. In addition, many people were wearing long hair and wearing accessories like hats and rings. This style was influenced by the music genre grunge.

Ripped jeans are a classic wardrobe staple that harkens back to the 90s grunge fashion. These jeans are not only incredibly comfortable, but they also make a statement! In the 90s, they were a must-have, and there are many ways to wear them now!

The grunge fashion of the ’90s was often characterized by the looseness of the clothing, which was loose and de-emphasise the body silhouette. Ripped jeans and flannel jackets were common accessories, as well as black combat-style boots. The style was first featured in a 1992 article in the New York Times. It was also popularized by the singer Kurt Cobain, who made the look a household name.

Grunge fashion has many elements, but it can be as complex or as simple as you want. For example, you can go a totally different direction by pairing your jeans with patterned leggings or with a crucifix necklace. You can also add accessories to make your grunge outfit unique to you.

Denim jackets are one of the most versatile pieces in your wardrobe. They can be layered, worn alone, or even worn underneath a coat. You can wear them with anything from a button-up shirt to a pair of wide-legged cropped jeans.

When you’re looking for a cool 90s outfit, jeans and a denim jacket are the perfect complement. You can even add a black tank top to give your look a modern touch. Some fans of the grunge look are drawn to a more soft look, which is why a denim jacket will go perfectly with your outfit.

The edgier 90s style is still popular, thanks to modern runaways. The modern version of the ’90s cropped denim jacket is boxier and pairs well with a pair of high-waisted pants or a day dress.

The 90s saw an explosion of slip dresses in the style world. These versatile dresses were a feminine answer to the shoulder-padded artifice of the decade before. Inspired by grunge bands such as Nirvana, they were simple, comfortable, and let a woman’s personality shine. Today, designers are using these styles in more sophisticated ways.

In the ’90s, slip dresses were often worn as stand-alone outfits. A slip dress made of a bright, pastel color can be paired with a leather jacket and super-opaque black tights to create a sexy and funky look. For a more casual look, wear the slip dress with moto boots or white heels. In the spring, a flannel jacket can be worn over the slip dress to add a cozy touch.

In the ’90s, ‘it girls’ embraced this new fashion trend. Slip dresses are easy to throw on and provide a flirty vibe. They can also be worn as outerwear, giving them a riot grrrl or Old Hollywood look. For many, the 90s represented a period of rebellion and rebelliousness, and slip dresses were synonymous with this attitude.

A look from 90s grunge fashion has returned with a new twist. Instead of showing your leggings, fishnets are now worn with socks. You can also pair these tights with crop tops to create an interesting break between your shirt and pants. Whether you want to go for a teeny tiny thigh or an edgy, punk-inspired outfit, fishnet tights will definitely turn heads.

They were a staple of 1990s grunge and punk fashion. These tights can also be paired with midi-length skirts, pencil skirts, and slit-style midi skirts. In addition to tights, fishnets are now available in a variety of styles and colors. They’re a modern twist on a classic trend, and you’ll find plenty of options for these tights online and in your local retail stores.

Despite being controversial, they are a great way to add an extra element to any outfit. They are not for everyone, and require a certain amount of daring to pull off. If you’re new to fishnets, try to wear subtle patterns and gradually work them into your wardrobe. With time, your confidence will increase and you’ll be able to wear them with confidence.

One of the most important pieces of 90s grunge fashion is the oversized coat. This style is one of the most popular, and you can wear it with just about anything, from a skirt to sweatpants. It can even double as a dress when worn with a t-shirt and a pair of biker shorts.

In the 90s, plaid flannel shirts were popular, and a lot of rock stars, including Kurt Cobain, Jonathan Brandis, and Claire Danes, wore plaid flannel shirts. However, they faded away in the mid-’90s and are now making a comeback. In one recent look, a supermodel named Kendall Jenner channeled her inner grunge by wearing a hoodie with a turtleneck top and jeans. The outfit was finished off with retro sunglasses.

Another element of 90s grunge fashion is the use of military green. It is a color that is often associated with this aesthetic, but it can also be worn in a broader range of colors, including yellow, black, white, and gray.

If you’re looking to recreate the 90s grunge fashion trend, you can try wearing plaid flannel shirts. These shirts were popular with the 90s grunge crowd and are now a staple of modern grunge fashion. You can dress up your basic tee with a plaid shirt or wear it as an oversized shirt over your favorite jeans. Just be sure to size up two sizes!

While flannel shirts were typically worn for work, the 90s grunge look was more relaxed. Instead of fitting snug, plaid shirts were worn over jeans that were ripped and faded. Paired with black combat-style boots, a plaid flannel shirt makes for a perfect grunge outfit. The 90s style was influenced by thrift store clothes, which helped to create a style that emphasized detachment.

Oversized coats and sweaters were a popular fashion trend during the 1990s. These oversized garments were often shaped like the undergarments of the 1940s, hung close to the body, and often featured a logo. They were also often paired with oversized shirts, baggy jeans, and denim jackets. The style also became popular among punk rockers. Many were made of pretty floral fabric. Some designers carried them in their collections, including Marc Jacobs, Prada, and Gucci.

Oversized coats are a great way to channel the rocker spirit. This style is easily wearable by anyone and can make a statement. Just remember to channel your inner rocker and wear ripped jeans and oversized jackets. Platform shoes are also a must.