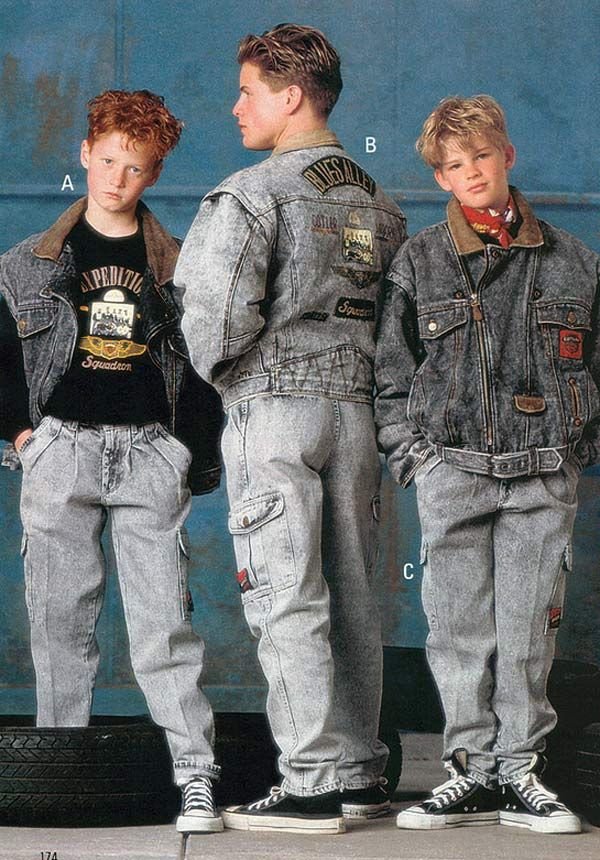 Men’s fashion in the 1980s was a lot more than flannel shirts and denim jeans. It was also about bomber jackets, tracksuits, and tie-dye. Here are some of the best styles from the decade for men. Whether you’re in the mood for a retro outfit, or a more classic look, 80s fashion will have something for you.

The basic denim jeans of the 1980s were in dark wash blue, and the Levis 501 was one of the most popular styles. The best ’80s jeans, however, had an acid wash or stone wash treatment that created an almost marbled look. These jeans also featured almost all white denim, washed out denim blue, or grey/black denim.

The men’s denim of the ’80s was simple, and there were only a few colors to choose from. The most popular cut of the day was the straight leg. Straight leg jeans were loosely fitting, from the hip to the thigh. These jeans were also made from cotton, and they had a hint of stretch in the fabric. This made them easier to wear, and many men wore them today.

Dad jeans, which are the classic men’s denim jeans, were also popular during the 1980s. They were light acid-washed, and the tapered waist was designed to show off the men’s shoes. Dad jeans were also paired with leather jackets, bomber jackets, and sweaters. Men also wore white sneakers as a versatile footwear choice.

Another popular style of men’s denim jeans was double denim. Denim jeans paired with leather jackets were the uniform of bad boys in the 1980s. They were popular in punk and motorcycle clubs. Heavy metal bands wore them as well. While some styles of leather jacket have fallen out of favor, the leather jacket is still a fashion staple.

The bomber jacket is a classic piece of menswear. Its origins go back to WWI, but has been updated and modernized in recent years. Today, it can be found in several styles, including the classic, preppy, and casual versions. Some styles include animal prints, sequins, and floral patterns. Bomber jackets also look great with tracksuit pants.

The best quality bomber jackets for men will have a real lambskin collar and be made of high-quality leather. They should also be custom-made by a seasoned tailor. Bomber jackets are often available in a few sizes, but a customized jacket will ensure that no mistakes are made in production.

The 1980s saw a revival of the bomber jacket, and the bomber jacket was one of the defining fashion trends. A great example of this was the movie “Top Gun,” in which Tom Cruise donned a leather G-1 bomber jacket. The movie quickly spread the trend to the general public. The jackets were warm and padded on the inside, and many men began wearing them for everyday use.

The bomber jacket was originally designed for the military, but after the war, the jacket went mainstream as a fashion staple. Bomber jackets were particularly popular among aviators during the 1980s, and the Letterman jacket was a popular style in the early 1990s. These two styles are quite similar, but differ in their designs.

The latest bomber jackets are also becoming more lightweight. Some jackets are made of a Japanese stretch material for comfort and flexibility.

Tracksuits were very popular workout clothes during the 1980s. These were made from materials like nylon, velour, cotton fleece, and polyester, and consisted of a jacket and matching pants. They were full-zip, and typically came in solid colors. Toward the end of the decade, many tracksuits were also made with stripes down the arms and sides of the legs.

Tracksuits were very popular, and they were not just worn by athletes. Men were often seen wearing tracksuits and trainers to keep fit. Bomber jackets were also a very popular style, and were made of polyester or leather. They were meant to make a bold statement. Other men wore tracksuits made from parachute material and were often bright colors, like neon.

If you’re wondering if 80s fashion men still wear tracksuits today, it’s probably because the trend is so popular today. While they’re still popular today, they’ve changed a little since they were first introduced. Today, tracksuits are still popular and are worn as leisurewear and during workout sessions. There are some great brands out there, such as Adidas.

Tracksuits are not only comfortable, but they can also look really cool. You can wear them with your favorite preppy shirts and tops. You can also pair them with hi top sneakers and a headband. During the 80s, men were able to wear a variety of accessories, including statement beanies.

Tie-dye was once considered a style that was distinctly 80s, but a new trend has brought it back for men. Originally worn by men thousands of years ago, tie-dye is now considered high-fashion. It’s even been featured in haute couture shows by Prada and Dior, and male celebrities have been seen rocking the look. Using tie-dye accessories is a great way to incorporate this retro style into your wardrobe.

You can add a little pop of colour to your wardrobe by incorporating a tie-dye t-shirt into your everyday style. You can wear it as a shirt or tucked in with your suit trousers. Alternatively, you can wear it with your favorite chunky sneakers. Just make sure not to wear it to an important interview, though – it’s best to keep it to a minimum.

Choosing the right color is key to making your 80s-inspired wardrobe look authentic. Try neon hues and try them on one piece to get the full effect. Try using different shades of the same color on different parts of your wardrobe, to give your wardrobe a tonal look. Rather than buying a whole new wardrobe, start small and try the trend out with a few pieces, like a neon top or a pair of neon jeans.

1980s fashion men’s clothing was influenced by hip hop culture. MC Hammer, NWA, and Run-DMC were all big influencers of the decade’s clothing. This decade saw many different trends, from sporty clothing to street wear. Hip hop style incorporated elements of sportswear and baggy pants. The style was often designed to make dancing easy and comfortable.

The ’80s brought a drastic change in men’s fashion, influenced by hair metal bands, hip hop culture, and androgynous pop stars. Men were able to wear everything from high top sneakers to baggy sweaters, which made the decade’s fashions very popular. Men were also able to express their individuality through clothing that reflected their personality.

T-shirts from the 80s are still very much fashionable today, with classic bomber jackets and denim jackets being a great example. If you want a bolder look, a classic sports windbreaker is an essential item. You can also add iconic ’80s accessories to your wardrobe, such as aviator helmets and bucket hats.

80s fashion men also embraced Hawaiian shirts and other Hawaiian-style shirts, which were extremely popular in the ’80s. These shirts have since become popular for both holiday and beach wear. Likewise, men’s 80s fashion took cues from blockbuster films, like the Beverly Hills Cop movie series. Sylvester Stallone and Arnold Schwarzenegger also wore leather jackets and sports-themed jackets, which were both popular at the time. Even today, men can sport their favorite 80s clothing from the decade, including their favorite sports-related movies like Cobra, Beverly Hills Cop, and The Terminator.

Men’s 80s fashion was also heavily influenced by music and punk rock. Rob Lowe was all about the boy-next-door cuteness, while bomber jackets traced their origins to Tom Cruise in Top Gun. Popular icons like David Bowie, Bruce Springsteen, and John Travolta also had a signature look that helped make the decade memorable for both men and women.

The fashion trends of the 1980s were very colorful and bold. Women wore colorful clothing, including bodysuits, skirts, and jeans. They also wore headbands and studded clothing.