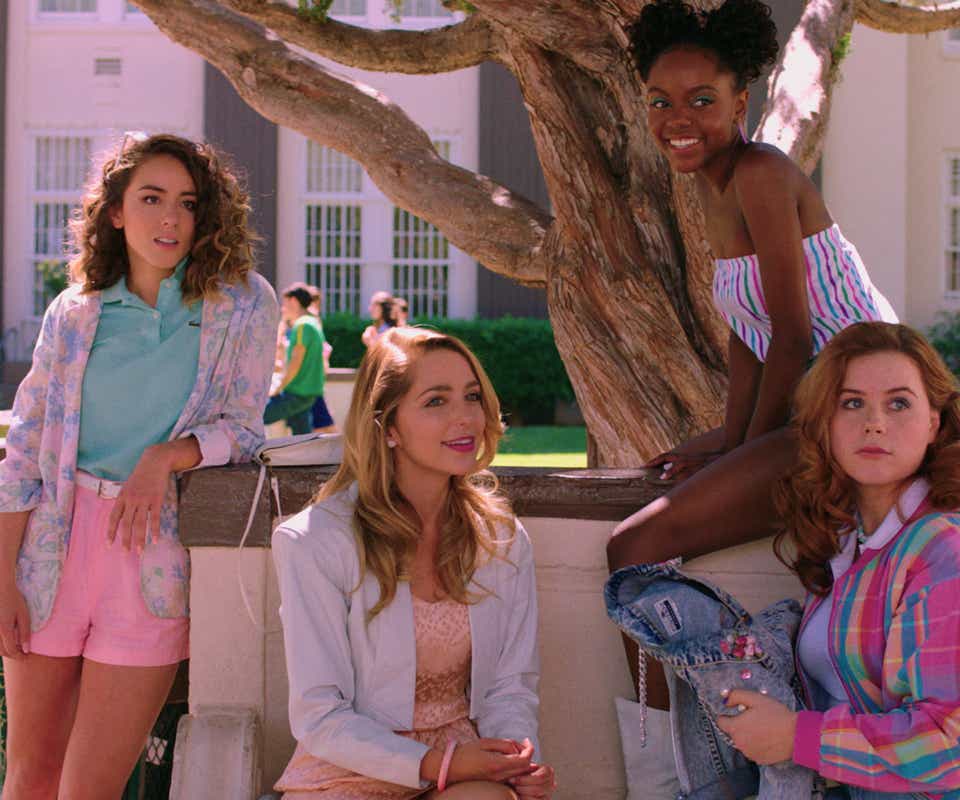 Women wore a lot of leotards and drawstring shorts during the 1980s. These outfits were generally monotone with white or black edging. The 80s also saw animal prints becoming very popular. Zebra and leopard prints were particularly popular. Women also wore off-the-shoulder tops in animal prints and paired them with leather.

Shoulder pads have returned to the fashion scene and are having a moment, right in line with the general revival of ’80s trends. This trend has made its way to the high fashion scene, where designers have been showcasing them in various clothing pieces. The Fall/Winter 2018 collections from Balmain, Saint Laurent, Tom Ford, and Gareth Pugh were notable examples.

The 1980s were also a period in which the political climate played a major role in fashion. Television soap operas made strong, powerful female characters more recognizable to women, and shoulder pads became an important part of these characters’ wardrobes. As women started filling in more jobs, they wanted to look powerful and strong in the eyes of the men in their lives. By the end of the decade, shoulder pads were featured on nearly every article of clothing. The style was a fad that eventually lost favor with the fashion elite.

Shoulder pads were originally designed to help women define their bodies. They were also meant to match men’s suits and power ties. This trend eventually spread to evening wear and went hand in hand with over-the-top excess. The idea of defining one’s body was a way to gain acceptance, and shoulder pads tapped into that need.

Shoulder pads were first used as a fashion trend in the 1970s. They gave women a boost in confidence, and were often paired with sultry tights and calf-accentuating heels. These dresses also showed women were able to command authority in male-dominated spaces. Not only were shoulder pads worn as a fashion trend, but they also served as a symbol of a woman’s independence, and her desire to become a successful businesswoman.

Body-con fashion in 80s fashion harks back to the 1970s. The trend was popular with slinky, polyester fabrics. This was especially the case for women’s clothes, and a lot of women wore it during that time. Even if the garments weren’t as daring as they are today, they still evoke a sense of the decade.

The term body-con comes from the word “body-conscious.” Traditionally, the word body-con refers to a tight-fitting dress, and accentuates the contour of the body. Body-con fashion was a response to the ‘oddities’ of 20s and 30s fashion.

Unlike the 1980s, this fashion trend is more flattering and better-constructed today. The new body-con trend may reach its peak in spring 2021. Some examples of the emerging fashion scene include mesh pants by Charlotte Knowles’ KNWLS, tight knit dresses by Ottolinger, and knitted fabrics that contour to the body.

High-waisted jeans are a retro staple that are back in vogue. The high-waisted style is very tight on top but gradually flares out toward the knee. In some styles, people put extra panels of fabric in the jeans to give them a wider look.

The 80s were also marked by the popularity of acid-washed and ripped denim. Overalls were another popular style of 80s fashion. Leg warmers were popular too. And if you wanted to look like a counterculture icon, try acid-washed jeans.

The colors of the 1980s were bright and funky, and the designs were daring. The style was all about maximalism. The decadent, bright colors made the ’80s fashion era stand out from the rest of the decade. For example, a bold red top can make your outfit look more like a ’80s pop star.’ Adding a pair of Vans boots is another way to relive the ’80s style.

Women of the 80s were very self-conscious. The styles of women became influenced by the era’s movies and pop stars. The movie Pretty in Pink helped set the fashion trend. Molly Ringwald’s outfit, featuring floral vests and oversized blazers, became the norm for the era. Another popular movie was Saved by the Bell, featuring tucked-in shorts and straight-leg jeans.

Slouchy socks were all the rage in the 1980s, and they paired well with anything from leggings to sneakers and oversized t-shirts. They were popular among young people and celebrities alike, including MTV VJs. They’re timeless, too, and you can still find many manufacturers that produce them today.

The 80s sock fad was mostly embraced by girls. Men, in contrast, were not fans of layering socks. These were often worn with mini skirts, shorts, or pants that had a tight roll. Many popular 80s television shows promoted the trend as well. A classic 80s outfit would include a colorful top, a mini skirt, and a pair of slouch socks.

Choosing colors and patterns to match your socks is a great way to channel the 80s. Try bright colors and geometric patterns. Choose a pair that matches your entire outfit. A mismatched pair can make your outfit look less 80s than you thought. This trend also lends itself to layering, so you’ll want to buy more than one pair.

The Velour 80s fashion movement was one of the hottest trends of the decade, especially among women. This decade was characterized by dazzling patterns and colors, as well as accessories like high top sneakers. Tracksuits became a staple of 80s streetwear, and men and women alike donned these outfits to the gym and to stay in shape. They were also made from velour, which made them comfortable to wear and still look good.

This decade also saw a slew of fashion icons. Singers like Madonna helped to shape the fashion world during this time. She rocked the world with her attitude-filled style. Her signature look included oversized tops and tight skirts, as well as “Boy Toy” belt buckles. She also wore pointy-toe ankle boots. Madonna’s 80s fashion was often inspired by avant-garde British designers, including BodyMap, which was known for its tapestry-like floral prints. Other designers of this era included Katharine Hamnett and Crolla, who both produced oversized message shirts.

Velour was a popular material in the 80s. The decade’s style featured many different types of clothing made of stretchy velour. Tracksuits made of velour were particularly popular. Dior and Fila also included these clothing styles in their eighties fashion ranges. They also made comfortable, versatile outfits that fit a wide range of bodies.

Women’s fashion during this decade started out as a self-conscious era. The 1980s inspired a new attitude in women, and women’s clothing reflected this. Women’s fashion featured oversized sweatshirts, leggings, and asymmetrical details.